LET'S GO BEHIND THE CANVAS

Kerron John was born on 7th November 1999 in Trinidad and Tobago. At the tender age of seven, his parents noticed that he had a love for art. He inherited his talent in visual arts from his mother, who studied art at secondary school. He began viewing videos on YouTube and reading art books, where he gained inspiration and idolized various artists throughout art history, such as Leonardo De Vinci, Michelangelo, and Rafael. By the age of eight, art became a hobby for him, and he casually drew whenever he felt like it. Graphite and charcoal were the first media that he used.
He attended the San Juan Presbyterian Primary School. At the age of nine, he began to enter art competitions, including the Powergen art competition, where he placed in the top 20, and was given the opportunity to have his work showcased on the walls of Powergen, Wrightson Road, Port of Spain, Trinidad and Tobago. He started an experimental journey in his career, where he incorporated numerous other media, for example, acrylic paint, watercolors, colored pencils, and pastels. He also explored different types of subject matter in his work. Some color theory, human anatomy, and other foundational work were taught to him while he worked on pieces for these art competitions.
Additionally, through taking part in these art competitions he was able to formulate ideas and concepts and develop the habit of creating compositional sketches to better structure his work. He was able to use different themes and think of ways to express them in an artistic way. By participating in these art competitions, he started to gain recognition at his school as a talented artist, and also among family members. Through standards one to five of primary school, he developed his skills further.
He then attended the San Juan South Secondary school from forms one to five. At secondary school, he realized that art was truly his passion in life and his purpose in this world. From form four he became very diligent and serious about art and pushed himself to explore new avenues. He sat the CSEC exams in 2017, where he placed fourth in the Region in Visual Arts, and was awarded a Top Regional Award for two-dimensional art, together with a UWI regional scholarship at the Top Regional Awards, hosted in St Kitts. He graduated from San Juan South Secondary and received the Top Art Student Award. After CSEC, he began to establish a social media presence, where he quickly gained a following. He then moved on to study at Fatima College to write the CAPE examinations. In his first year, he was exposed to clay sculpting. It was during his two years at Fatima that he started to lean more toward traditional figurative painting. In 2018, at the age of 19, he started exhibiting in art galleries in the Port of Spain area.
His first show was a collaborative art exhibition with different art students in Port of Spain, at an art space on Long Circular Road, Maraval, I’M Art Studio. At that age, he did not display a particular style of work, or have a preferred medium to work in. At the end of CAPE, he placed third in both Units one and two for visual art exams in 2018 and 2019. Kerron continued to participate in group art exhibitions. In 2019, He took part in Horizon’s Art at the Hilton art exhibition, and also participated in Holy Name Convent’s art auction at the Archbishop’s House, to help raise funds for repairing the school. When he left Fatima College, he began an artistic journey, where he began working on his first full body of work. He went on to have his first solo art exhibition at the Art Society of Trinidad and Tobago in August 2020. This exhibition delved into the theme of mental health, as a means to educate persons and show awareness of the importance of mental health during the COVID-19 pandemic. From there, he enrolled in the University of the West Indies, St Augustine campus to read for an undergraduate degree in Visual Arts (Special). While studying, he continued to work on pieces throughout the semester and took part in group exhibitions to increase his visibility. He began selling his work to international buyers and collectors after gaining recognition on social media by consistently posting his work online. In 2022 he showcased his second body of work, a more experimental and lighter compilation of work compared to that of 2020. Moving forward, Kerron John is thriving to modify his style somewhat, and continue to create work based on life experiences while dealing with the topic of an identity crisis, creating work that tells stories 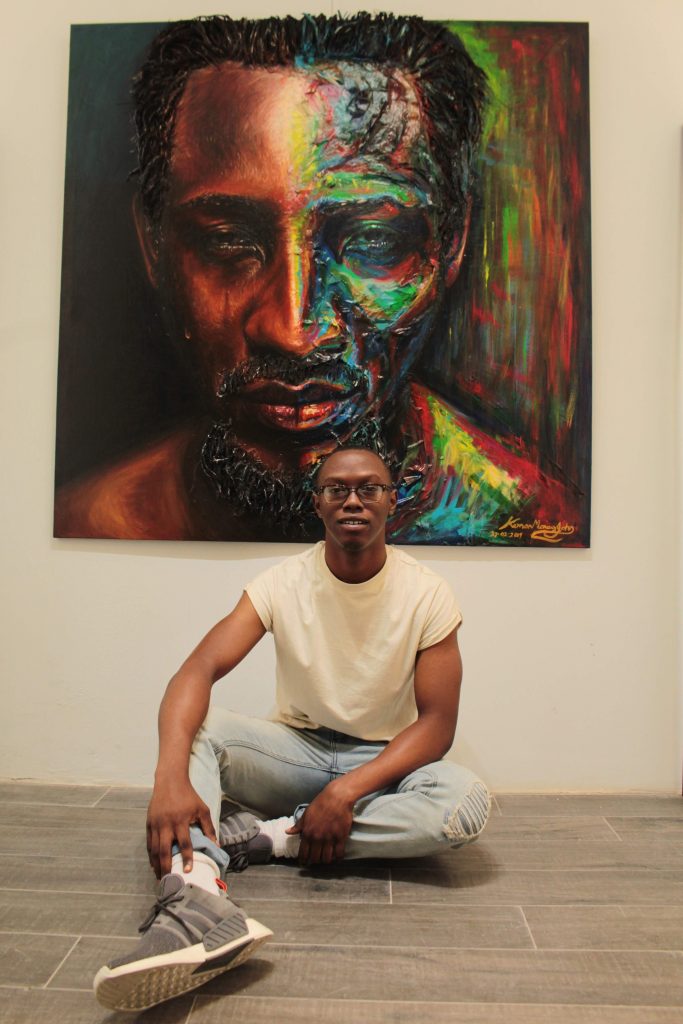 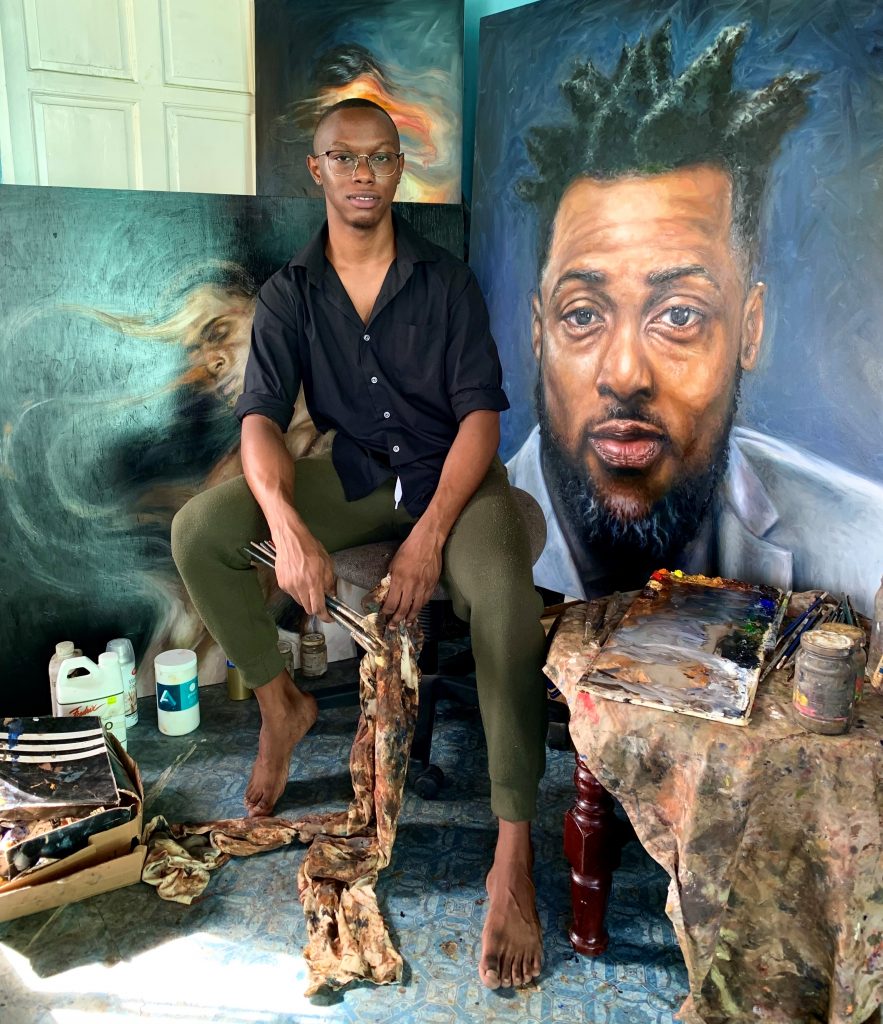 Thinking Out Loud with John and Spencer – Tuesday 4th October 2022

My name is Kerron John, and I am a young aspiring visual artist from Trinidad and Tobago. Primarily I classify myself as a contemporary figurative artist, working in oils, with discipline in other media such as acrylics, pastels, graphite, pen and ink, gouache, charcoal, and clay. I tend to produce artwork combining traditional painting techniques/styles and contemporary elements to create more self-expression and textural work. Social issues and personal

realization is the main topic in my work. My paintings can be described as dream-like or a deconstruction of realistic aesthetics combining abstraction and naturalism. The human figures breaking apart or dispersing play with the emotions of the viewer, bringing forth a transgressive ideology of provoking an emotion, mood, or thought within the viewer. I am deeply fascinated by the human figure, and I believe I have yet to completely digest all the possible ways that I can manipulate the body in my work.
I realized that there is a need to expand my horizons a bit in my work and embark on a journey of self-exploration. I understand now that I do not need to have a single vision of how to portray a subject for the purpose of generating a personal style. My dream is to become a world-renowned artist, but also an artist that can transcend certain boundaries and values. My main goal is to heal people and have people think, feel, and connect with my work by being able to freely talk about any issues or topics that I think are relevant to me and the wider world. 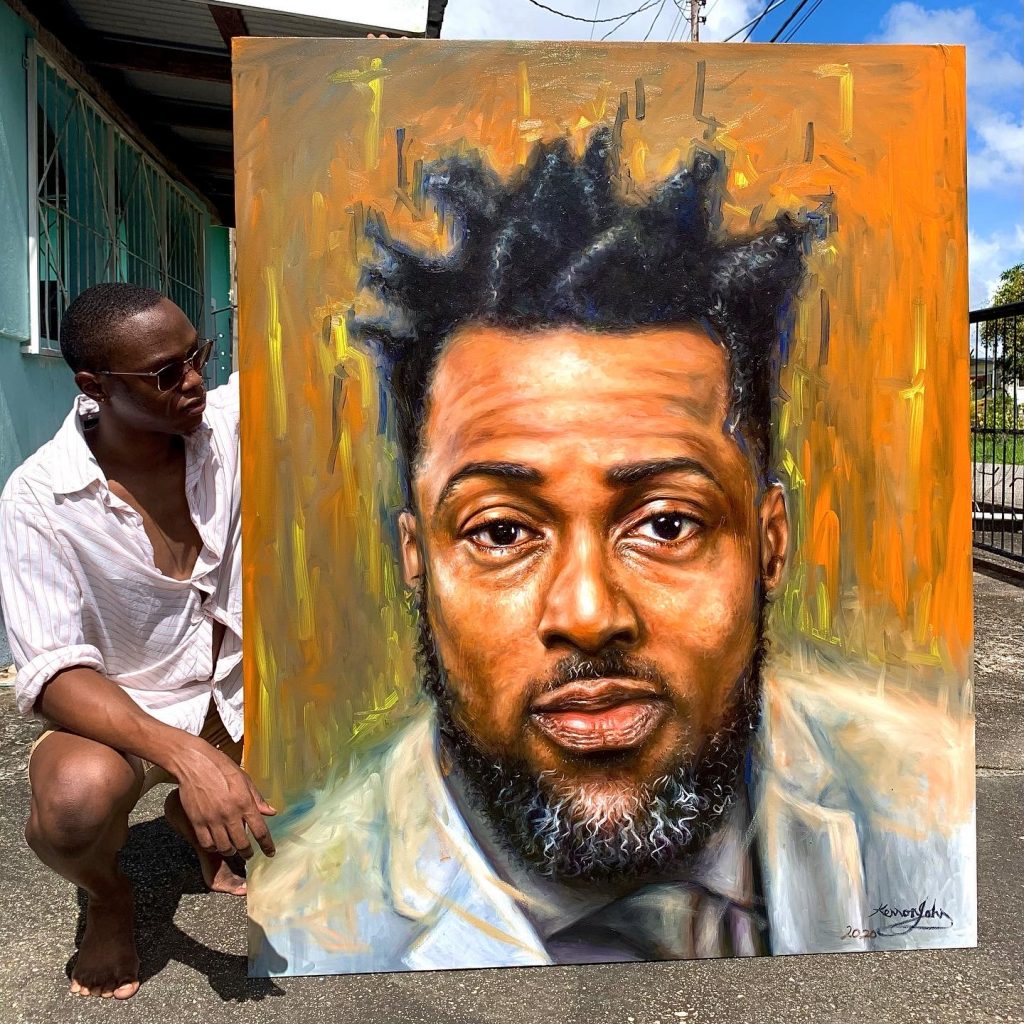 You should see the 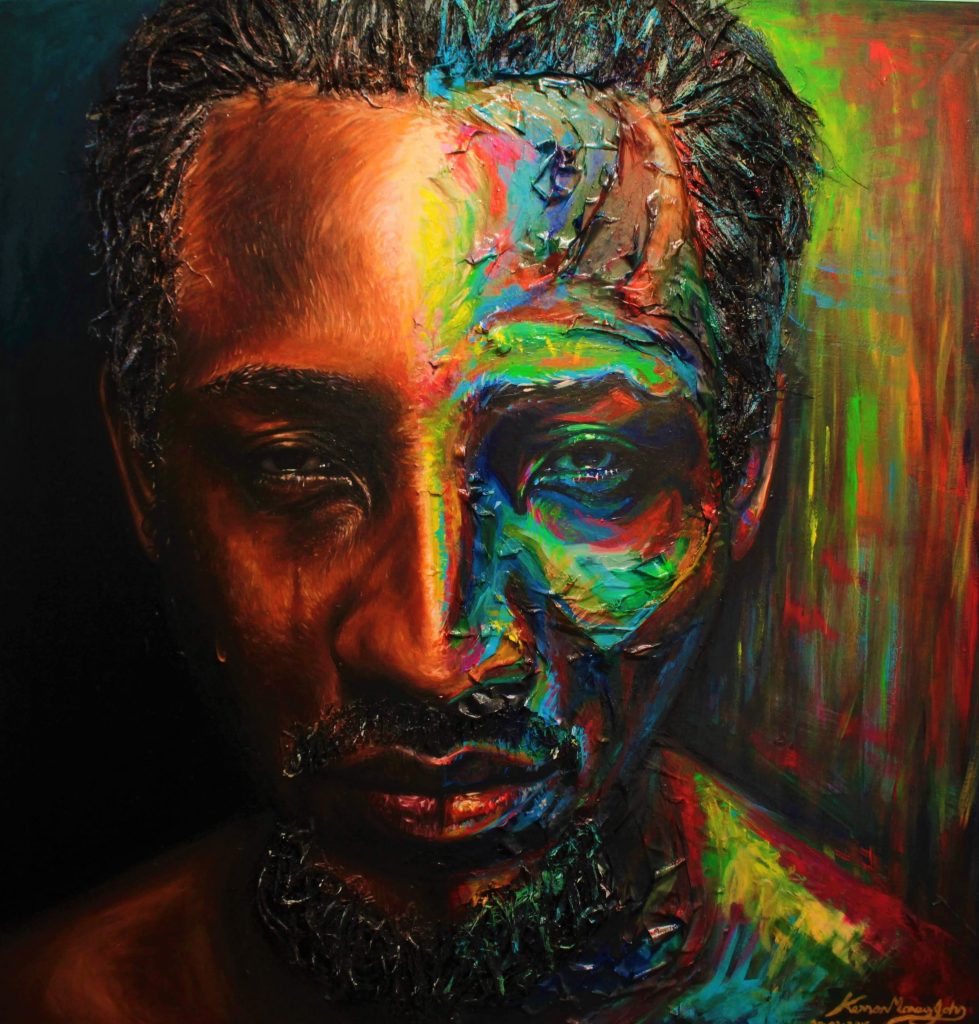